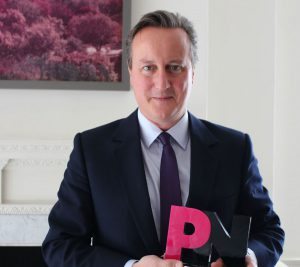 Article by David Cameron, originally published in PinkNews on 26 July 2017.

50 years ago this month the Sexual Offences Act 1967 was passed – partially decriminalising male homosexuality in England and Wales. The Act was far from perfect, but a significant starting point on the long road to true equality.

We’re still on that road and, of course, more needs to be done, particularly on the vital task of working internationally to change laws and attitudes.

But this anniversary is a good opportunity to reflect on the progress made in our own country over the past half century.

For my part, one of my proudest achievements in government was passing the UK’s Same Sex Marriage Act – the latest legislative advancement on the journey to full LGBT equality.

Marriage is a great institution and I have long believed that it should be there for everybody; it now is and Britain led the way.

Equal marriage has already made a huge and wonderful difference to so many people’s lives, so that people in this country can celebrate their love for one another, regardless of their sexual orientation.

We also have one of the strongest legislative frameworks to tackle discrimination. And a zero-tolerance approach to homophobic bullying everywhere.

There are more laws that need to be passed; more support to be offered and, above all, more attitudes to be changed. But this month, let’s look back on the progress made over the past 50 years.

In doing so, I take pride in the role I played championing equal marriage and delight in the joy marriage now brings to thousands of gay men and women across the country.

In 50 years time, I hope this is seen as a further landmark step on the road to LGBT equality.