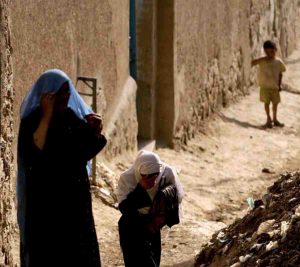 David Cameron’s Foreword from the report published by the LSE-Oxford Commission on State Fragility, Growth and Development, ‘Escaping the Fragility Trap’:

Cutting extreme poverty in half is one of the greatest achievements of the last three decades. Six million fewer children died before the age of five in 2016 than in 1990. Forty-two million more children go to school now than in 2000. More than two billion more people now have access to clean drinking water, and vaccinations have saved seven million lives since the turn of the century.

Across the world, from India to Ethiopia to China, huge numbers of people are escaping poverty. From Botswana to Bangladesh, previously poor countries are achieving middle-income status. And places that were once riven by conflict, like Colombia and Rwanda, are moving decisively from instability to stability.

However, there is much more to do. The Sustainable Development Goals (SDGs) set the mission to eradicate extreme poverty by 2030. Yet nearly a third of the way towards that deadline, almost 900 million people are still living on less than two dollars a day and, in too many of the world’s poorest countries, progress is completely stuck.

A great many of these countries are what are often called ‘fragile states’. They are blighted by conflict and corruption. Their governments lack the legitimacy and capacity to deliver the jobs, public services, and opportunities their people need. The latest estimates suggest that by 2030, half of the world’s poor will live in countries that are fragile.

This report sets out clearly the characteristics of fragility, including the lack of basic security, inadequate government capacity, the absence of a properly functioning private sector, and the presence of divided societies.

It also looks at the wider consequences. Because state fragility doesn’t just condemn people to poverty; it impacts upon the world, driving mass migration, providing safe havens for piracy and trafficking, and enabling terrorist training camps to thrive.

Of course, there are fragile states that are not particularly poor – Libya and Syria being cases in point. But the suffering of people in those countries and the knock on effects for their neighbours and the wider world only serve to demonstrate the importance of addressing the problems of fragility.

The Commission’s findings are clear. If international assistance, aid, and – crucially – economic development are to help make our world safer and more prosperous, we need to address what we call the ‘syndrome’ of fragility.

At the moment, we are failing to do so. Indeed, some of the things developed countries, non-governmental organisations (NGOs), and donors have done have arguably made matters worse. After decades of aid, many of these countries are as poor as they ever were – some even poorer.

The solutions to such fragility, the Commission concludes, will be largely domestic. That may be slow and tough, but it is likely to be more lasting. Homegrown solutions and locally negotiated coalitions of governments, businesses, and civil society are the things that will make well-designed international support more likely to be effective.

That is why this report argues that international actors – donor countries, aid agencies, the International Monetary Fund (IMF), the United Nations (UN), development finance institutions, security forces, and NGOs – need to do things differently, learning from the mistakes that have been made and the evidence that has been collected over the years. Above all, they must stop setting out long lists of unachievable objectives and unrealistic timetables, and start working with governments rather than around governments.

Domestic actors – governments, political parties, media, and civil society – need to do things differently, too. This emphasis on greater national respect and responsibility will only work if they set out their national priorities – about where they are going as a country and who they want to be. Owning those priorities, learning from mistakes, combatting corruption, and demonstrating accountability are all crucial.

The recommendations in this report amount to a new approach to state fragility and international aid.

It looks in detail about whether there should be more realism about what can be achieved by states that have suffered from decades of conflict and failure. Simple steps that bring jobs and security matter more than, for instance, setting new national targets for tackling inequality and climate change.

When it comes to priorities, isn’t it vital that countries are able to set these themselves? The aim of international assistance should be to help fragile states to build legitimate and capable institutions, rather than undermine them.

When it comes to the conditions we attach to our aid, wouldn’t it be better if they were linked to ensuring that money was properly spent and not embezzled, rather than being tied to particular policies?

The Commission analyses how the rush to elections before genuine reconciliation and consensus building has impacted on fragile states. And it looks at whether there are moments of potential change – when conflicts end or a new leader emerges – when international assistance can make a significant difference.

The importance of the growth of genuine inclusive, participatory democracy remains clear. But this report says that the building blocks of democracy – the rule of law, checks and balances, the protection of minorities – matter as much as the act of holding elections. For states trying to find a pathway out of fragility, these building blocks can be even more important.

Everyone involved in the Commission believes in the power of gender equality to drive development in all states, fragile or not. And we support the full range of goals in the SDGs, including the vital coming together of environmental and economic objectives. But this report does not cover many of these vital topics. It is focused – purely and simply – on what makes countries suffer from fragility and how to escape the fragility trap.

Much of this work was started by the UK government of 2010–2015. For example, the proportion of overseas aid going to fragile states was increased, and the focus of development was shifted towards supporting the building blocks of democracy.

There was also a sustained effort to build international consensus on issues like corruption and transparency. After all, in too many cases, wealth has been stolen from poor, yet mineral rich, countries and hidden in the West. That is why developed countries have a vital role to play in this work and why the agenda set out in the 2013 G8 – greater transparency, establishing registers of beneficial ownership, sharing tax information, returning stolen assets, and combatting corruption in all its forms – is more essential than ever.

Of course these things are not easy to achieve. Building schools or funding vaccination programmes is straightforward compared to the sort of action that is needed to transform fragile states, such as mending fractured societies, building effective institutions, and increasing the quality of governance in places where there is often no history of effective administration and the basic contract between state and individual is often completely absent.

We need to be upfront: the risk of failure will be higher with fragile states than other countries. But it is imperative that we try. Why? Because the consequences of failure for these countries and the world are so grave.

It has been a privilege for us to chair this Commission. Hearing from such talented practitioners and experts in their fields, and looking again at the evidence of what works and what doesn’t, has been a refreshing process. Some of the recommendations the academic directors make are challenging to take on board. But we need to do so.

The good thing is we know that the escape from fragility can be done. Six decades ago, Singapore looked extremely fragile as it seceded from the Federation of Malaya. Today, it’s one of the most prosperous countries in the world. Just over 20 years ago, up to a million citizens in Rwanda were butchered in 100 days. Now it’s one of Africa’s fastest growing economies. Little more than a decade ago, Colombia was racked by drugs, death squads, and guerrilla war. Now it is a model for reconciliation.

So we should have confidence in our abilities, and the potential for progress. The world is richer than ever. There is more of a will to make a difference. We know more about the key ingredients for economic success. We’ve seen where reconciliation and peace processes have genuinely worked. And we have transformational technology at our fingertips that can help cut out corruption and deliver aid more effectively. Put simply, we have more weapons in the fight against poverty than ever before. Let’s use them.