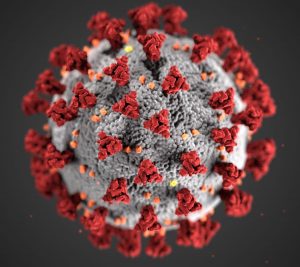 Article by David Cameron, originally published in The Times on 24 June 2020

Over the past few months, COVID-19 has demonstrated how one microscopic virus, one thousandth the width of a human hair, can engulf an entire planet. In doing so, it has exposed both the strengths and weaknesses in countries’ abilities to respond to such outbreaks. And one clear weakness is the capacity to detect such diseases early and, therefore, to act quickly.

It wasn’t until the end of December last year, a considerable time after the first patient suffered symptoms, that China alerted the World Health Organization (WHO) to an increase of pneumonia-like cases in the province of Wuhan. It was then a whole month again before the WHO declared a public health emergency. By that time, hundreds had died of this novel coronavirus, thousands had become infected, and millions had travelled out of Wuhan.

The current system therefore fails in two ways. The WHO relies on countries telling it about emerging viruses. And then the world relies on the WHO telling everyone else. But countries are often reluctant to share for reasons of politics, pride and capacity. And the WHO seems slow to react, mostly because of politics, pride and capacity. Hence, while it undertakes much good work and did make important interventions on COVID, overall it was still too slow and too worried about upsetting important countries, particularly China.

I believe we can either try to fix the whole system – including the WHO – from start to finish (which, given the size of such a task and the politics involved, would almost certainly fail). Or we can try to fix the first and most vital part: scanning the world for viruses and making sure that information is shared rapidly.

There are already several organisations doing exceptional work in this area.

There is the Coalition for Epidemic Preparedness Innovations (CEPI), which is dedicated to creating vaccines for emerging diseases. Then there is the Global Initiative on Sharing All Influenza Data (GISAID Initiative), which undertakes the all-important sequencing that is needed to determine the nature of emerging viruses and how they might spread. However, neither provides the widespread surveillance that is needed.

There is also the new Global Virome Project (GVP), which sequences viruses found in animals. This is key. After all, we know that COVID-19, like Zika, Ebola and AIDS before it, jumped from animals to humans. The GVP is developing an impressive global catalogue of all the viruses circulating in wildlife that have the potential to do the same. Yet with such a vast array of information it might be hard to pinpoint which viruses are most likely to make that jump.

Therefore, I am increasingly of the belief that a new organisation or network – or the recharging of an existing one – is needed, in order to identify new and re-emerging infectious diseases, investigate their origins and inform national and international programmes so they can act fast.

As Prime Minister, the prospect of a pandemic is never far from your mind. That’s why I made it a “tier one risk” at the National Security Council and set up a Threats, Hazards, Resilience and Contingencies ministerial sub-committee. Indeed, we gained huge experience helping West Africa fight the Ebola crisis alongside America and France. It’s true that much of my focus in this area was on bacterial disease, and I was the leader who put antimicrobial resistance, the danger of diseases no longer responding to antibiotics, on the global agenda. It’s also true that our pandemic preparations focused largely on flu. But this proves my point. You don’t know what is coming; you need to constantly scan the horizon. That’s why after the Ebola crisis I also established a specialist unit in the Cabinet Office to survey the world continuously for viruses heading our way. I believe our energy should now go into forming something at an international level that can do a similar job, and do it fast.

In this interconnected, digital world we don’t need some massive new agency. But, given the gaps we can see in the current provision, we know that such an organisation needs to be open, global, science-led, independent, non-political and totally focused on the job in hand: working out where and when and how the next dangerous virus could hit us. Genomic sequencing and big data must be a part of that – specifically homing in on the places where animal and human crossovers are most likely. That might mean regularly studying blood samples and then sequencing the data from those working in forests, with livestock or on markets, for example.

I am proposing this new “Global Virus Surveillance Organisation” as an idea to the G20, which is due to convene at the end of this year. Of course, that meeting – like the efforts of the world – will be centred on the current pandemic. But as we deal with one crisis, we must not neglect all the other potential crises on the horizon. This year has not only shown us how fast viruses can spread and the damage pandemics can do. It has also highlighted where the gaps are and how we can do better. We need to begin at the beginning – where and when the pathogens first emerge. A new, nimble, global, open, independent organisation such as this is vital to that endeavour.