Cameron cautions against rush to elections in fragile nations 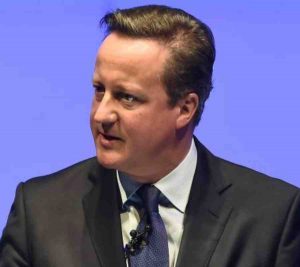 Article from the Financial Times, published on 19 April 2018.

It can be a mistake to push fragile countries into “winner take all” democratic elections, said David Cameron, ahead of a new report that seeks to turn long-held assumptions about foreign interventions “entirely on their head”.

He said that “building the blocks of democracy” was more important than “the act of holding elections themselves”.

Mr Cameron said there was a “total lack of realism” among developed countries and donors when it comes to assisting countries blighted by economic failure and conflict.

He pointed out that a number of fragile states such as Burundi and Somalia are in fact poorer today than they were 40 years ago, despite decades of foreign aid.

“We have overloaded [fragile countries] with our own unachievable priorities, rather then focusing on a few simple things like security and economics,” he said.

“I am a convinced democrat, but the truth is that in too many countries, particularly when they’re recovering from conflict, there has been a rush to multi-party elections.”

Mr Cameron made the comments ahead of the launch of a report by the LSE-University of Oxford commission on State Fragility, Growth and Development, of which he is chair.

The report criticised the “standard short-term strategy” of seeking to build the institutions of western democracy “immediately” and “insisting on early elections”.

“This impedes power sharing: since elections produce a winner and a loser, any power-sharing is seen as transient,” it said.

When societies are riven by deep identity divisions, the report argues this strategy inevitably fails.

“Inadvertently, the international community has arrived at a strategy of insisting that a fragile society much hold an election, and then insisting that it should not count the votes,” it added.

Instead, it suggested that inclusive governments based on power-sharing offer the most viable path to peace in countries experiencing open conflict, such as Libya, Yemen and Afghanistan.

“I think we will be accused of being anti-election, but that is not what we are saying,” Mr Cameron said. “We are saying you have to take time and it might be quite a lot of time. It’s quite hard to find examples where early elections have helped to drive change.”

Mr Cameron instead called for international players to spend more time and effort on the political settlement, power-sharing, and dealing with the fundamental conflicts at the heart of each individual country.

“A provisional government is sometimes the better option than rushing to multi-party elections,” he said.

“The very act of telling them what our priorities and policy ideas are has actually undermined these countries’ own institutions, which ultimately must be the things that we help these fragile states to build themselves up.

“What we ought to be saying is ‘you produce your plan’, we will back your plan, but we will replace policy conditions with governance conditions,” Mr Cameron said. “If the money we give you is wasted and if there isn’t a clear audit trail you won’t get any more.”